The upcoming launch of the Female Techpreneur resource in Milton Keynes has been given a further boost as an accomplished US tech leader will fly in to share her success at the event. 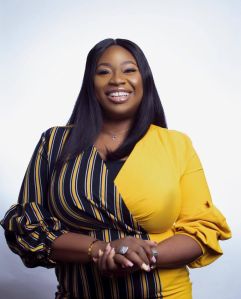 US tech leader Kayla Michele Jackson, who is an accomplished tech leader in the US, has been so impressed by the aspirations of FT that she is flying in to share her success story at the Female Techpreneur event, which takes place at the Institute of Technology at Bletchley Campus on March 5.

The event will show female tech leaders how to scale up and exit effectively.

Kayla is the co-founder of scholarship marketplace PeduL and works as an ambassador for U.S. based organisations including The First Tee, National Black MBA Leaders of Tomorrow and Disney Dreamers Academy. She also contributes to the American business publication Forbes Magazine and boasts a network of global clients.

Her attendance is a major coup for organiser and Female Techpreneur founder Bukky Babajide, who said: “I am thrilled to have Kayla’s on board for our launch event. Kayla has an amazing story to share and her keen support is further validation of the initiative. In terms of ‘brand MK’ it will shine a light on the town too, as Kayla plans to share the story with her Forbes Magazine subscribers.”

Female Techpreneur will offer its members free to attend networking events, discounts to mastermind sessions and much more.

As previously announced, the live launch is being sponsored by the Institute of Technology at Milton Keynes College.

Bukky will be joined by fellow experts in the tech and finance industries, and they will outline how their knowledge can benefit your business.

Head of curriculum at MK College, Laura Marulanda-Carter will be speaking at the event and Christian Kumar, who has spent more than three decades specialising in banking, lending and asset management, will share his knowledge on the night.

The event will be officially opened by Milton Keynes Councillor Moriah Priestly.

“Female Techpreneur is a groundbreaking event for the city of Milton Keynes. I sincerely believe it is an opportunity for women of all backgrounds and ages to get involved in the one of the key growth sectors of the city – digital technology,” she said.

“As cabinet member for economic growth, Milton Keynes Council is pleased that such events are taking place in the city and hope to continue to collaborate, where relevant, with Female Techpreneur to ensure we are utilising all our female talent in the city and creating an ecosystem that supports this sector.”