Cara Lee picks We Will Rock You among the shows to look out for. 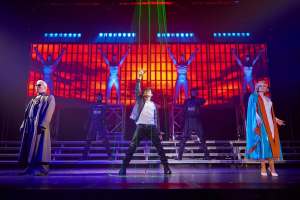 Something spooky will be happening at Stantonbury Theatre this month, as The Strange Case of Jekyll and Hyde will be playing on the 10th of March.

The iconic gothic novel, telling the tale of a man with two personalities, has been given a biting political twist in an impactful new production, written and directed by Ross McGregor.

Moving to something a little sweeter, The Sound of Music will be returning to MK Theatre from the 17th to the 21st, starring Emile Fleming (from BBC’s Over the Rainbow) as Maria and Andrew Lancel (from Coronation Street) as Captain Vonn Trapp.

And that’s not the only iconic show coming to MK Theatre this month. As part of its first ever UK tour, We Will Rock You will be on too from March 23rd to 28th.

Packed with 24 of Queen’s biggest hits, including Bohemian Rhapsody, Radio Gaga, Killer Queen and of course We Will Rock You, this is the ultimate jukebox musical.

If comedy is more your style, then Catherine Bohart (of the Mash Report, 8 out of 10 Cats and Roast Battle fame), will be bringing her show Lemons to the Stables on the 12th of March. What a month of theatre!

This feature was published in the March 2020 issue of Celebrate:MK lifestyle magazine. Read the full magazine above or by clicking on this link.