Milton Keynes-based charity Ride High have confirmed a change of Chief Executive, with charity founder Rachel Medill stepping back from her role after founding the charity. 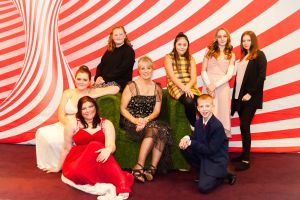 The charity was first set up by Rachel and has been transforming the lives of MK’s most disadvantaged and desperately sad children for over 11 years.

It has been her full time job done on an entirely pro-bono basis and in 2017, it earned her an MBE for services to children. Over its 11 year history the charity has worked with over 1500 children.

It has grown every year since 2008 and now as well as being home to the charity, The Ride High Equestrian Centre is a 37 acre social enterprise in the heart of Milton Keynes helping and supporting a wide range of individual and corporate clients.

Now that Ride High is established in its forever home with a thriving business generating funding for the charity, Rachel is stepping back into an ambassadorial role. The new Chief Executive, Olivia Sugdon, has been working as a director with the organisation for a year and knows Ride High well.

Rachel said, “It has been an extraordinary journey. Ride High started with a small idea but once we saw that we could transform children’s attitudes and prospects we knew that we had to do more.

“It is an extraordinary privilege to work with young people who despite having had the most awful experiences, gradually emerge from their shells and discover they have so much they want to do in life.

“This has been the driving force behind the growth of Ride High. Despite cuts in funding and a difficult economic climate we have manged to increase the number of children we work with every year. There is so much more to do, so many more children to help.

“I am stepping back from day to day management at a time when the team in place is second to none and the Ride High spirit runs through everything we do. I’m delighted that, in Olivia Sugdon, we have someone with so much passion and enthusiasm to take the organisation forward to new heights.”