Milton Keynes Museum paid tribute to the frugal 50s and the swinging 60s by adding a brand new event to its annual calendar in 2018, and the event will return later this month. 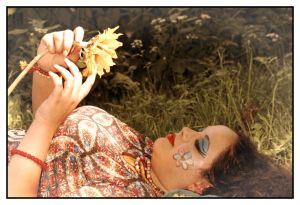 Visitors to the event on both days will be able to enjoy The Flying Leathernecks, who will present a programme of favourite tunes from the 50s, while singer Luna Nightingale will sing some of your favourite songs from the 60s. More music will ring from the Granary Marquee, courtesy of singer James Cooper Watson.

And on Saturday Gary Beckwith will deliver rock ‘n roll and the songs of Elvis Presley, while DJ Mick Wilson will spin tunes from both decades on Sunday.

Visitors can also enjoy fascinating displays of 50s and 60s clothing, and a Vietnam re-enactment group will take you back to the start of the war which raged for almost 20 years.

Why not dress for the occasion, and come and do the monster mash with the museum?

The event will celebrate two decades that saw great social and cultural change in the world. The 1950s brought dances alive as the youth tapped into the new phenomenon of rock n roll, and they dressed to impress too – out went floral chiffon dresses and stoles and in came poodle skirts and conical bras.

Bill Haley and the Comets taught the youth to Rock Around the Clock, a young singer called Elvis Presley began to cause a phenomenon, and the big screen was dominated by stars including James Dean and Marilyn Monroe, while in the UK, Elizabeth II succeeded her father, George VI, and became Queen.

More change came with the 1960s. The first man landed on the moon, while music continued to dominate with The Beatles and The Rolling Stones at the fore. The 1960s spawned the ‘flower children’ and clothing was bright and bold – with mini skirts, hippy attire and paisley shirts and velvet trousers on trend.

The same decade would also see a bold new experiment in town planning sow the seeds of the town Milton Keynes has grown into.

Standard admission prices apply – which will also give you FREE entry for the following 12 months; adults £10, child £7, retired & unwaged £8.

A family ticket (admitting two adults and up to four children) is £30. For up to date information and event timings for the weekend visit http://www.mkmuseum.org.uk